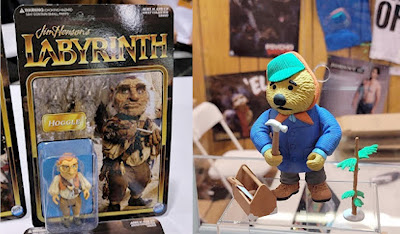 First, we have Emmet who comes with Pa's tool kit and a freshly cut Christmas branch. 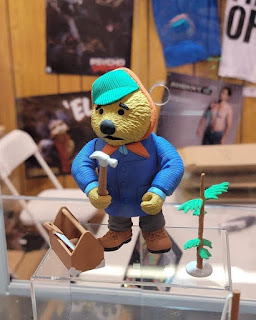 It also appears that we'll be getting not one, but two different Ma figures. One with Ma in her everyday clothes. 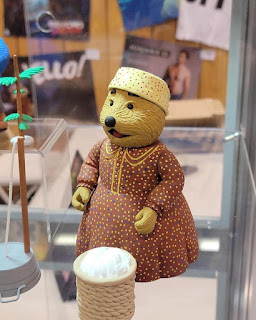 And another in her talent show outfit. 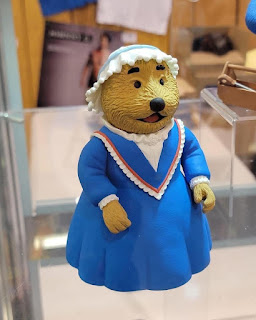 I'm hoping a least one of them comes with a washtub we can put a hole in or a boat we can use to deliver laundry.
UPDATE:
The washtub base accessory is to non-talent show Ma’s left!
As for Labyrinth so far four half figures have been revealed in the line.
Sarah with the "Ello" worm: 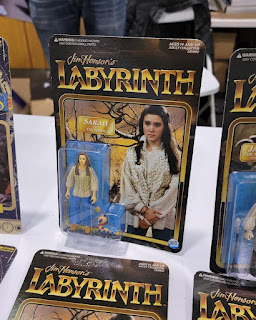 Jareth in his "Magic Dance" attire: 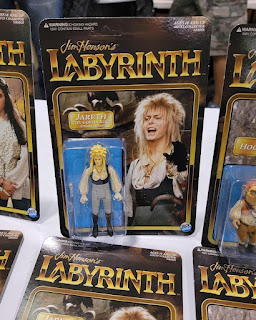 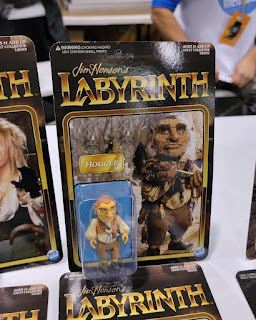 As you can see, while the Labyrinth figures were shown in their packaging, only the Emmet Otter figures themselves were shown.
No release date or any other information was revealed, but we've definitely looking forward to these figures.
Chris Stulz at 8:00 AM
Share